Eel farming is an aquaculture industry that takes place worldwide. It specialises in raising and growing eels, which provide a nutritious meat, to be sold at market. Growing young eels on until they are large enough to be sold for meat can be a lucrative business. It is estimated that the industry is worth over $1 billion, with eel farms producing around 60 percent of the eel meat consumed.
Eels are fish that are characterised by their round, elongated and slender bodies. They are a carnivorous, long-living species that spend most of their life in fresh water, but return to the sea to breed. 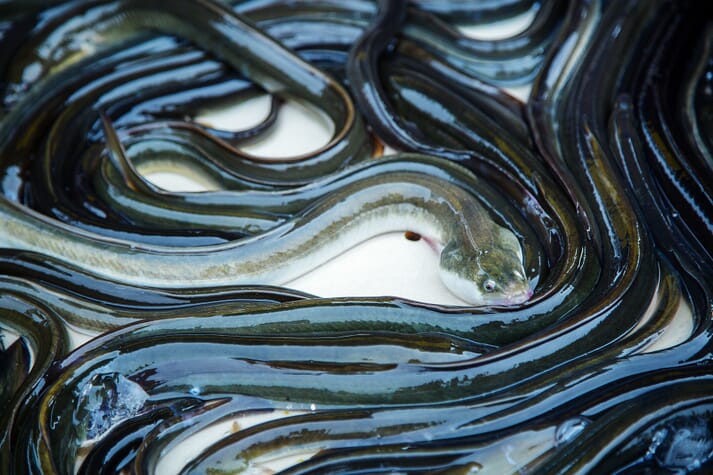 Farming eels
Eel farms are found in many countries, and the significant producers are European countries, Scandinavian countries, China, Taiwan, Australia and Morocco, with the largest single producer being Japan.
The farms begin by sourcing stock, usually obtained by purchasing the wild, glass eels which are sold on and used to replenish the stock on the farms.
Once the juvenile eels reach the glass eel stage of development, they are much closer to the shores and can be captured in nets. The young eels, sometimes called fingerlings, are sold and brought to the farms to restock the supply. It is important for them to be quarantined for several weeks and carefully inspected for any signs of pest or disease.
After the fingerlings have been in quarantine, they can then be grown-on in ponds or in specialised tanks that recirculate the water. The temperature of the water must be kept between 23°C and 28°C to ensure optimal growth and health of the fish.
This means that in hotter climates, growing eels in pond set-ups may be more suitable as the water will naturally be at a warmer temperature. In cooler climates, the most common way to farm is by using the tank system, although there are methods of heating the water in the ponds also, such as using solar or geo thermal heating methods. Due to ponds generally being larger than tanks, they can produce a higher yield of eels and therefore more profit for the farm. Another way of cultivating eels is by a method called valliculture. Rather than using pond or tanks, farmers use the natural areas of the coast to grow the eels. This might be from making use of natural lagoons and by setting up a weir to keep the eels from escaping into the open waters, keeping them contained so that the can be harvested once they reach the desired size. This method of farming eels is popular in the Mediterranean region.
When growing eels on in ponds or tanks, regular grading must take place to reduce cannibalism and competition for food. Every 6 weeks, the eels must be graded and separated into different size categories. If all different sizes are kept together, the larger eels will eat the smaller eels. 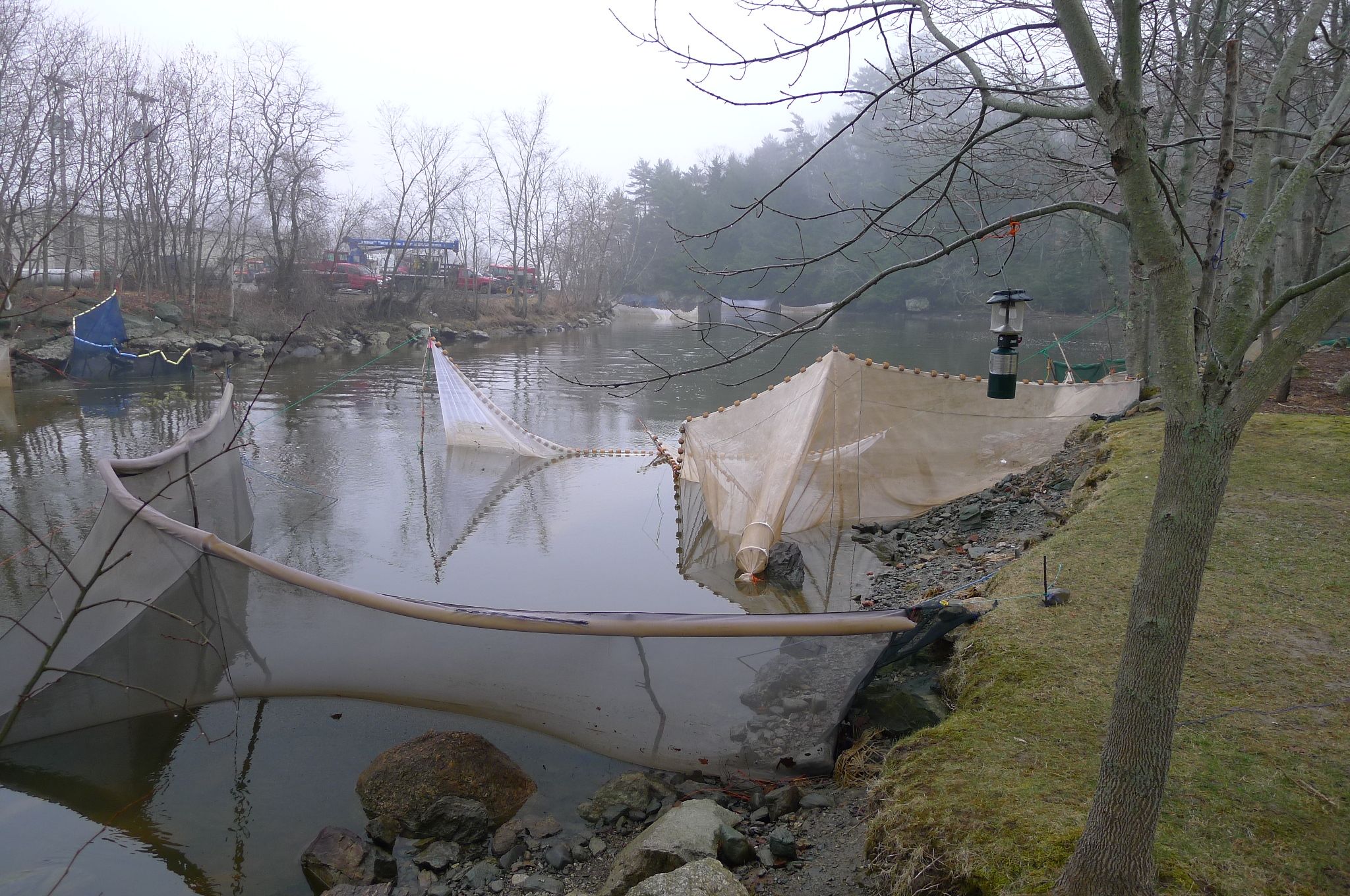 Harvesting the eels is done by grading the sizes to make sure each eel is large enough to reach market value. It is important to keep stress to a minimum while grading, so as not to affect the health of the eel. The large eels that are ready for harvesting are put into tanks with clean water to flush out any possible impurities in their systems that could affect the taste. Their food is also stopped 1-2 days prior to harvest.
Eels that are to be freshly consumed are chilled and put into bags that are filled with oxygen. There should also be enough water in the bag to keep their skin moist. They are then ready for transportation to market. Eels that are to be smoked are usually transported alive to the processors. 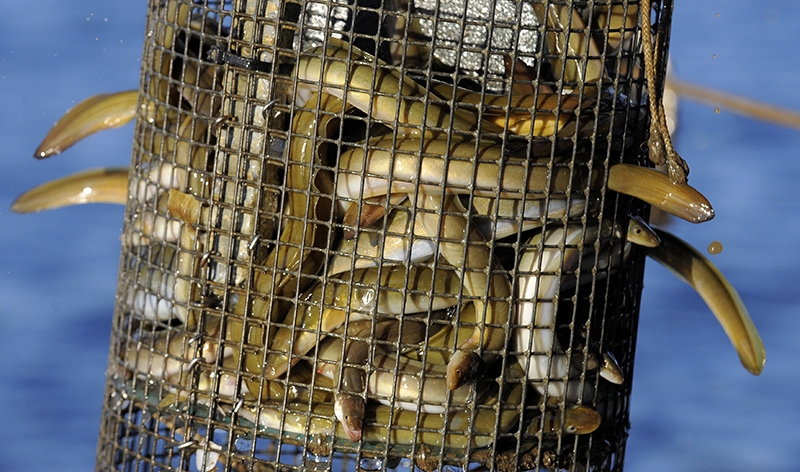 In the video below, you can see Process of Eel Aquacuture Farming & Eels Harvesting
Thank you for visiting our website! We hope you found something that sparked interest on our website.

20 Fish That Are Born Only Once In a Thousand Years

What’s Inside A Blobfish?